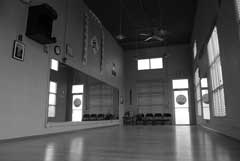 The Boulder Kung Fu Academy provides an environment where both the body and mind are nurtured, and mutual respect between students is fostered. We teach martial arts for self-defense, health and character development. We offer the right tools to succeed in our programs to anyone who has an interest to learn and is committed to practicing diligently.

Traditional kung fu involves the development of the total person. It is a way of life, a method of achieving and attaining the highest physical and mental development possible. Our programs are designed to develop a physically, mentally and spiritually well-rounded martial artist.

Students start with stretching and conditioning the body with kung fu basics. Then they learn forms (classical routines of Chinese martial arts moves), self-defense techniques, chin na, weapons, two-person fighting sets and sparring. As students progress, they will be introduced to additional traditional training methods such as Iron-Sand Palm and the 18 Lohan (a form of martial chi kung).

Northern Shaolin Seven-Star Praying Mantis uses the punches, palm strikes, grabs, locks, kicks and sweeps found in many other traditional Chinese martial arts. One of the distinguishing features of the style is the mantis hook. The application of the hook embodies the principles of yin and yang–soft and hard power. It can be used to divert the force of an incoming attack–enabling a person to defend against a stronger or larger opponent. Or, it can be used to strike decisively to sensitive spots of the body such as various pressure points. Northern Praying Mantis Kung Fu is especially famous for its speed and continuous attacks, as well as its use of feign attacks.